With A. Babcock’s and Jonas Chickering’s firms based in the city, Boston was the main centre of American piano industry in the first half of the 19th century. Local constructors successfully competed in piano making innovations with their European colleagues. In the middle of the century, Heinrich Steinweg emigrated from Germany to the USA with his sons because of political reasons. In 1853 he founded the Steinway & Sons firm in New York. The Steinways combined excellent German traditions, great craftsmanship and constructional skills with the achievements of the local technology. Following the example of other American factories, they introduced high specialization (division) of labor and applied machines on a large scale (action parts’ manufacturing, covering hammers with felt and so on). The latest casting methods used in the American metallurgy made it possible to obtain high resistance cast-iron piano frames. Thanks to their own innovations and previously known inventions, the firm started the serial production of instruments with a complete cast-ironframe, overstringing, double repetition action, felt hammerheads (Steinway patented such a square piano in 1855 and a grand one in 1859). Other firms followed suit. American instruments, with a strong construction, heavy stringing (overstringing, longer and thicker strings) and precise action with big hammers, produced a powerful sound. Labor division and mass-production techniques made it possible to considerably reduce the manufacturing costs and instruments’ prices. In a short time, the USA became the world’s leading piano producer. In 1851, Austria made 3000 pianos, while England produced 23000 and France – 10000 in 1852. In 1866, American production reached 25000 pianos a year.[i] Around 1870, England made 25000 instruments, France – 21000, Prussia – 15000, and the USA – 24000. Around 1890, the countries produced 50000, 20000, 70000, and 72000, respectively; while around 1910 each made 75000, 25000, 120000, and 370000 pianos a year.[ii] Austria left the piano industry first league, whereas Prussia, having combined craftsmanship traditions and American technology, took over the primacy in Europe.

American instruments were prototypes of the pianos used in the 20th century. However, European makers did not accept them at once. On the one hand, this was because an archaic production technology (in 1851, at the Broadwood factory, employing about 300 workers, no machine was used yet), and on the other, due to conservatism manifested in misgivings about using cast-iron frames, which, some feared, might produce a metallic sound. This aversion to complete iron frames was surprising, concerning the general acceptance of partial metal frames bolted together. Maybe the reason was the technological lag. Previously, Steinway encountered similar obstacles in New York, where, contrary to Boston, the industry did not accept complete cast-iron frames. He convinced the local opponents with his piano of 1855 (awarded a golden medal in the New York fair). His piano was also awarded at the 1862 London World Exhibition. At the next World Exhibition in 1867 in Paris, the American pianos achieved a complete success, consolidated at the Vienna Exhibition in 1873, where European imitators of the ‘American piano system’ appeared. German makers, whose instruments were exported even to the USA, applied the American model most generally. French firms adopted the new solutions only partly, preserving a taste for a small sound volume. The next World Exhibition in 1878 in Paris ended with a scandal, which erupted when most of the prizes were given to French firms. In its conclusion, the jury criticized unnecessary experiments with cross-stringing, excessive using of metal (which should be forged not casted). Even introduction of the third, sustaining pedal (prolongement) was criticized.[iii] The conservatism of French (and English) makers pushed their instruments out of foreign markets. The piano’s constructional improvements and improvements in its manufacturing (including the unification of the parts, so important when it comes to lowering the production costs) were generally adopted in these countries only at the end of the century.

From the mid-19th century, in Europe, like in the USA, further division of production took place. Many firms specializing in manufacturing piano parts, such as actions or frames, were founded. It had a great importance for the smaller piano factories, for which own production of all piano parts was too expensive and labor consuming. Now, numerous small upright piano factories could offer own models, for ordering a set of frames or actions of suitable parameters was comparatively cheap, provided that the series of instruments was sufficiently long, naturally. Piano makers even outsourced instruments’ legs or decorative elements. The majority of the piano industry’s output were upright piano, the most popular instrument for home use. In upright pianos, as in the horizontal instruments, cast-iron frames and overstringing were applied those days, which increased their sound volume and pitch stability.

The 20th century brought only small changes in piano construction, as most energy was applied to restoring the instruments’ lost popularity in general. World War I was a kind of cataclysm for the European industry, not only because of the natural wartime stagnation. Business connections between particular countries cracked. For example, the English industry, which imported numerous semi-finished products and instrument elements from Germany, suffered greatly. At the end of the war, England created its own complementary industry that allowed its piano makers complete independence from foreign contractors. After the war, particular European giants retrieved their former production potential relatively quickly (military operations spared the main centers of the instrument making industry). However, the market and its demands changed. The radio, gramophone records, practicing sports and so on became competitive amusements to music. The automobile, not the instrument, became the fashionable object of desire in the wealthiest families. The piano industry, not only in the USA, felt the effects of the player piano’s great popularity as well. Before the production adjusted to the market’s demands, the great world depression of the 1930s came. During the period 1927-32, American production dropped from 250000 to 25000 pianos a year. In Germany it fell from 100000 to 6000, and in England – from 92000 to 30000.[iv] The market of private buyers practically vanished. So, getting out of crisis, piano makers made efforts to win a share of the market again. It resulted in small instruments gaining popularity in the last years before the outbreak of World War II. Among these were short grand pianos (140-160 cm long) and upright pianos maximally 100 cm high. Cheaper materials, such as plastic, laminate and similar ones, began to be used. The manufacturing of the high class concert instruments did not cease of course, but the main buyers were and still are musical institutions and professional musicians. 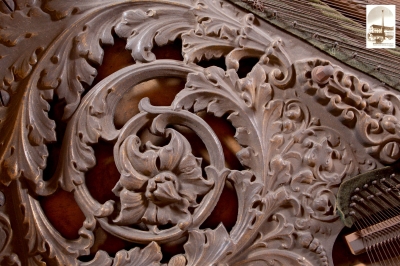 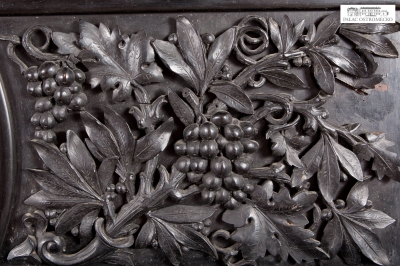 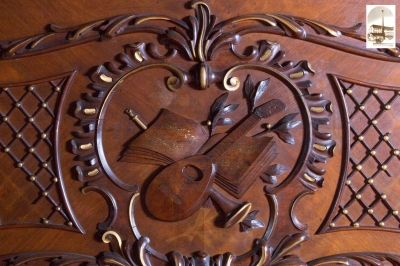 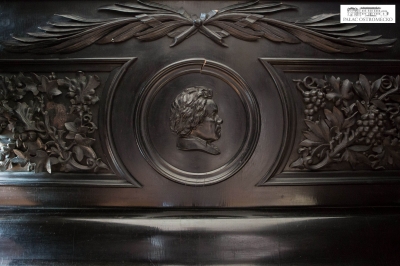 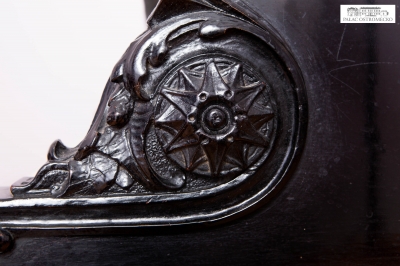