There are direct accounts of Chopin’s interest in folk music and instruments (mainly in his letters) but this inclination is also seen in his piano pieces. A chance to get to know folklore presented itself during his stays in the country – mostly when he was a school boy in Poland (Mazovia, Kuyavia, Dobrzyń Land, Chełmno Land, Greater Poland or Chełm Land) and later when he emigrated to France (Berry in central France). He could have also had contact with folk music during his travels and even the city, when travelling musicians came round. Certainly, the fact that he listened to rural musicians playing in their natural circumstances (country wedding receptions, harvest festivals), or even joined them (usually playing the basses), contributed to his better understanding of folk instruments and the manner they were played.

Some of Chopin's pieces display certain features of folk music's tonality, melody, metre, rhythm, and performing practice. A good example here is the drone effect on fifths and octaves, occurring on its own in the opening of the piece or continuing throughout. The composer took an interest in drone polyphony, which was present in medieval music (ars antiqua) and survived to our times in folk music. In Poland, folk musicians have been using polyphonic instruments which can produce a characteristic drone – or sustained – tone. They are bagpipes with their drone pipe(s) and hurdy-gurdies with their drone string(s). A characteristic element of the Berry region's music tradition, which Chopin also got to know well, are bands including two bagpipes and two hurdy-gurdies, all fitted with double the normal number of drone pipes or strings.

Chopin could have also been familiar with a different kind of the drone effect, resulting not from the instrument's construction but the way it was played. I am talking here about the rhythmic drone effect, commonly employed by 19th-century violinists and bassists to accompany the melodic part. In practice, this boiled down to producing rhythmic harmonies of fifths, on open (not fretted) strings, due to the instruments's all-fifths tuning. In folk instrumental practice, the intonation of some scale degrees (3, 4, 7) often changes, which is due to zonal tonality characteristic for traditional folk music. You may still notice this when you listen to today's folk violinists, bagpipers, or pipers, especially in the Carpathian region.

Folk compositions can also have isorhythmic phrases, especially double-measure, variational and progressively repeated ones. If their ambitus is a sixth, they bring to mind the range of pitches in the melodic line of most types of Polish bagpipes. As for melodic and rhythmic motifs, the most characteristic are those reminiscent of the opening (or closing) formulas played by bagpipers.

As for the meter and rhythm, Chopin drew on national dances, in particular the polonaise and mazurka, sometimes also the krakowiak. All of them have folk origins: the polonaise and mazurka derive from a variety of dances known under different names, all in a mazurka-style triple meter, typical for Mazovia, Kuyavia or north Lesser Poland, while the krakowiak comes from various krakowiak-style dances in duple time (with syncope), also of different names, popular in Lesser Poland, especially in the area of Kraków. Chopin was also drew inspiration from the wiwaty, characteristic for Greater Poland (in triple metre and duple time).

As for the manner of playing, it is important to mention tempo rubato, that is changing the duration of the notes of the melody within a bar or phrase, while maintaining the same tempo and metric pulsation of the accompaniment. It was popular amongst folk singers and instrumentalists, especially in Mazovia, Kuyavia, north Lesser Poland, as well as Podhale. Chopin used it as well when he played the piano.

It was a popular custom to combine folk dances into cycles. Subsequent dances of a cycle had a faster tempo or a different of meter. The former pattern of organising a dance party was popular in Kuyavia, where people would first danced the "majestic" Polish dance (also known as the chodzony, wolny, or polonaise), then kujawiak (odsibka), which is faster, and finally – oberek (ksebka), which is the fastest of the three. In the area of Kraków, as Łukasz Gołębiowski wrote in his 1830 Lud polski (The Polish Folk), "the party begins with the Polish dance, then comes a dance called mazurka, and when general cheerfulness reaches a peak, the krakowiak is played". While Chopin's contacts with the inhabitants of the Kraków area were scarce, his Rondo á la Krakowiak follows this pattern to some degree: as the rhythms of the krakowiak in the main body of the piece follow the mazurka rhythms of the introduction.

In some cases the stylistic choices and their cumulation in a piece are a straightforward reference to a specific folk interment. That is what happens in Mazurka in A minor Op. 7 No. 2. Its first version (which is slightly different to the one we all know) had an eight-measure introduction reminiscent of the musical properties of bagpipes and their performing practice. We are talking here about the ambitus, tonal structure, and the way the melody is structured. The melody is made up of a repeated two-measure phrase developing within a pentachord with a raised fourth degree. The melody is accompanied by a triple drone: the left hand producing a fifth drone and the right – a lower fifth drone. The melody of the mazurka is simpler compared with the variety of ornaments and figuration employed by folk musicians. The introduction is in A major (the remainder of the piece in A minor), which agrees with the bagpipes' scale and the general preference for the major key over the minor key in Polish folk music. All of these associations with bagpipes are confirmed by the name given to the introduction – "Duda", meaning "bagpipe".

In the texture of many of Chopin's piano pieces you will hear reminiscences of folk music and feel the atmosphere of folk bands accompanying country dancers – most often than not Mazovian bands playing the violin and the basses or from Greater Poland made up of the violin and the bagpipe. This is no wonder, taking into account what Chopin confessed in a letter to Tytus Woyciechowski of 25 December 1831: "You know how much I wanted to feel, and I have partly managed to grasp the feeling present in our national music". And it was not just about alluding to folk melodies, which he did but rather indirectly, drawing inspiration from their overall form and sound pattern. In folk music the performing style is crucial. Chopin grasped it very well: no matter if he played as part of a folk band or evoked folk spirit playing piano solo – he was always applauded, most importantly by country folk, who were very sensitive to any departure from the regional idiom. 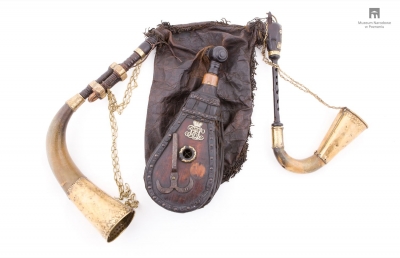 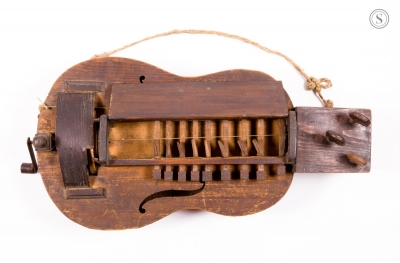 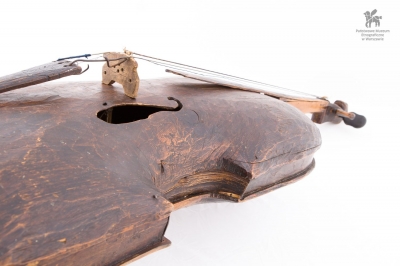 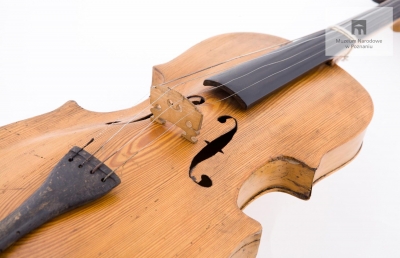 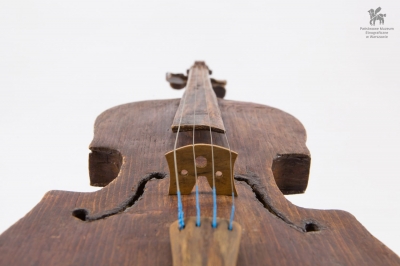