The Piano as an Autonomous Instrument (till 1800)

Johann Andreas Stein, a pupil of Johann Daniel Silbermann (Andreas’ son), founded his own organ workshop in Augsburg. After some time, he abandoned making organs for pianos. One of his most important improvements was introducing a so-called single escapement into the Viennese action. That allowed the hammer to drop back after striking the string, even if the key was still depressed (the hammerhead touched the string longer, which blocked its vibration). The oldest known Stein’s action of this type was made in 1773, and it does not have any back-check, only a hammer rest. One of Stein’s main rivals – Anton Walter of Vienna – designed another hammer action in the 1780s. He replaced the wooden hammer fork with a metal one. Stein and Walter’s constructions initiated two main directions of German action’s further development. From the beginning of the 19th century, this action was called Viennese one. Due to its simplicity, cheapness in production and reliability, it had gained and then retained popularity in German-speaking territories, as well as in East Europe, almost till the end of the 19th century. Most of the Viennese classics favored this piano action type.

England played an important role in the piano’s development. Numerous instrument makers from Saxony and Low Countries had been settling in London since about the middle of the 18th century, lured by favorable economic conditions for handicraft.[i] Among them was one of Silbermann’s most talented pupils – Johann Christian Zumpe. They initiated piano making on the British Isles, soon taken up by numerous domestic harpsichord makers. Zumpe created a popular type of square piano with a simplified version of Cristofori’s action – the so-called single action. Because domestic piano makers preferred this type of action, it earned itself the name of English action though its origin went back to Silbermanns’ German school. Applied later, an intermediate lever produced the English double action (a return to Cristofori’s prototype). Zumpe’s name became the synonym of the square piano in those days, and square pianos were named the ‘English pianos’ on the continent. These instruments were much improved already in the 18th century, first and foremost by eliminating constructional remnants of its prototype, the clavichord. Dutch-born Americus Backers found a way to change the action’s location. John Broadwood moved the wrest plank from the right side to the rear of the case (patented in 1783), which created the possibility to shorten the waste length of the strings and increase their tension, among other things. Due to these and other innovations, the English square piano increased its technical and sound efficiency. But at the concert hall, a bigger instrument, the grand piano, was needed.

Attempts at its improvement reached back to the end of the 1760s. Backers, Robert Stodart and the Broadwood family deserve the credit for the most important innovations. The hammer action of the English grand piano of this period did not have an intermediate lever. It was replaced by a movable jack (hopper) that was simultaneously a part of the single escapement. Among the most important improvements introduced by the Broadwoods were: defining the hammer’s striking point along the string’s length, dividing the bridge (into bass and treble section), adopting the harpsichord’s pedal in the piano, and many other changes. Just as the English harpsichords had stronger case comparing to the continental ones, the English grand pianos modeled after them had deeper and stronger cases as well. It made it possible to increase the tension and the amount of strings (triple stringing was introduced, while on the continent the double stringing prevailed). Combined with a more powerful striking hammer action, it made it possible to obtain considerably louder piano than the Viennese one. On the other hand, a heavier and more complicated English grand action was less accurate and harder in touch. Therefore, it was subsequently more intensively improved (int. al. by introducing a double escapement) than the rival Viennese action.

In France, piano making developed relatively late, based mainly on English prototypes. Hundreds of pianos, most of all square ones, were imported from Britain. Not before the end of the 1770s, domestic firms with Sebastien Erard in the foreground started their activity. Erard’s first own piano was made in 1777. He began by copying Zumpe’s instruments, and c. 1790 introduced his own double action. From 1796 on, he would built grand pianos with modified English action. Besides Erard, also active was, among others, Pascal Taskin (his 1787 piano survived to this day). By the end of the 18th century, pianos were made in other European countries as well, however Austria and Britain remained the main centers. The oldest known North American piano was made in 1775 by Johann Behrent of Philadelphia. Production on a larger scale was started in 1780 by Charles Albrecht in the same city.[ii] Considered as the first public piano concerts are Johann Baptist Schmidt’s performance in the Viennese Burghteater on 31 March 1763[iii] and the benefit of Miss Brickel, who sang to Charles Dibdin’s piano accompaniment in London’s Covent Garden on 16 May 1767. Maybe in other countries the piano had already been used for this purpose, yet hitherto it had been mainly used at homes. Johann Christian Bach, who played Zumpe’s square piano (benefit for Mrs. Fisher), performed the world‘s first piano recital in London in 1768. The activities of J. C. Bach and his brother Carl Philipp Emanuel as composers and performers, and later of the Viennese classics, contributed to the popularization of the piano as an autonomous instrument, shaking the harpsichord playing technique out, and exposing the piano’s specific sound and technical possibilities. Gradually, it stopped to be treated as the harpsichord’s replacement, until around 1790 the harpsichord was used only to play basso continuo parts in chamber and symphonic music. The piano’s tone wandered more and more away from its harpsichord-clavichord archetype, as it was more technically advanced.

The new instrument’s gained admirers and virtuosos, such as W. A. Mozart, who initially played the harpsichord and later the piano. Most published compositions contained a harpsichords part until about 1760, and after 1760 – a part ‘for harpsichord or piano’ (a clavichord part in the version for home use), with the harpsichord‘s prevalence at first (as an instrument with an independent part in the score), then the proportion tilting towards the piano (‘for piano or harpsichord’), and finally the harpsichord’s occurrence becoming minimal about 1790.[iv] Piano virtuosos’ activities encouraged instrument makers to switch from harpsichord to piano making. Such changes were noted, e.g. in England after J. S. Bach’s settlement there (1762). Soon, the English square piano became one of the main products exported to France. An inventory of confiscations of French aristocracy’s property from 1792 listed many such instruments, very often alongside the harpsichords (already mainly out of use and not finding any buyers, which did not disturb their former wealthy owners). In France, the piano prevailed over the harpsichord right after 1780.[v] In German-speaking territories, much the same went on, though harpsichords and clavichords survived there longer as instruments for home use.

[i] The famous hypothesis about the coming of 'twelve German apostles' to England has been called into question by British researchers. See: M. Cole, The Twelve Apostles? An Inquiry into the Origins of the English Pianoforte, ‘Early Keyboard Journal’ 18 (2000), pp. 9-52. 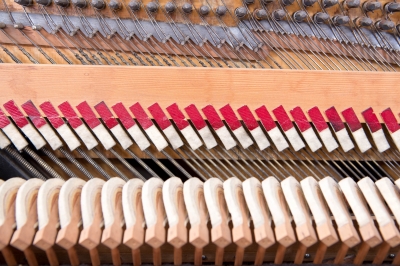 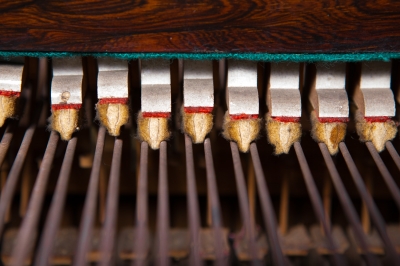 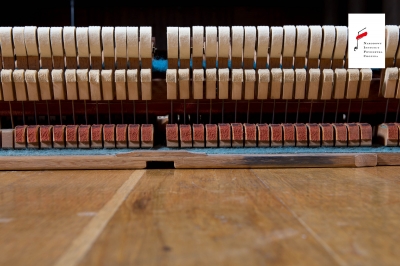 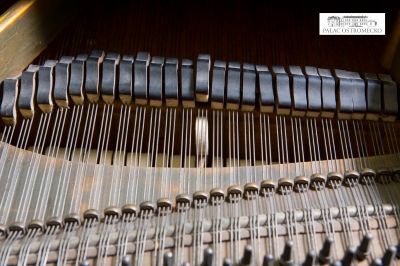 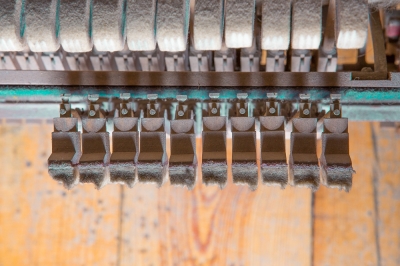 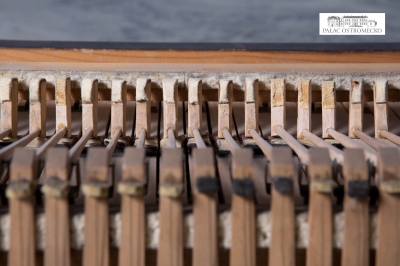 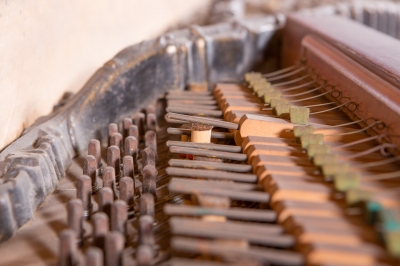 © Narodowy Instytut Muzyki i Tańca
The texts, photos, films, translations and other contents of the site
are protected by copyright laws. Their use or reproduction, even partial, is prohibited without previous approval from the National Institute of Music and Dance.